International Design School is located in Tbilisi, capital of Georgia – one of the countries of the former USSR which re-gained its independence in 1991. Georgia is an ancient state in the Southern Caucasus with its distinct language and culture, and its own unique alphabet which is not shared with any other nation in the world. The country adopted Christianity as early as in the 4th Century and in its current population of 4 mln, the Orthodox Christians form a majority. Geographically, Georgia is located at the crossroads between Asia and Europe, along the south spine of the Caucasian Mountains, neighboring with Russia in the North, Azerbaijan in the East, and Armenia and Turkey in the South; West of Georgia is on the Black Sea coast. Politically, Georgia is a part of the European Council of the Nations, signed Association Agreement with the European Union, and has aspirations to join the EU and NATO. Capital Tbilisi with its 1.2 mln inhabitants is a lively, cosmopolitan city with distinct marks of various cultural influences from the East and the West, lying on the ancient Silk Road, and still maintaining a kind of a Mediterranean touch with an Oriental flavor in its buildings, folk traditions, music, food and customs. Tbilisi historically was, and still is a city with the multinational population, where Georgian, Armenian, Azeri, Russian, Jewish, Greek communities lived peacefully side-by-side for many centuries, joined by the German and Polish colonies in the XIX century, and at present enriched by the growing expatriate diasporas of Turks, Arabs, Iranians, and, to a lesser scale, Western Europeans and North Americans.
The Georgian capital’s many theatres, museums, musical venues, cafes, restaurants, night clubs, casinos and hotels provide cultural and social life and vibrant atmosphere of a truly modern city which is proud of its 15-century long history. Tbilisi has many institutes of higher education and the GTU, among the oldest and most prestigious, is one of the largest. Of almost 85,000 students studying in Tbilisi universities, over 8,000 are foreign students. Georgian Technical University has over 20,000 students and the IDS, as its newest faculty, is the smallest. GTU has 10 major buildings spread all over the city, but the main campus and a majority of the buildings are concentrated in a prestigious central district of Saburtalo. The IDS is located in the Building 8, which is next to the Rectorate Office and the GTU stadium.\ 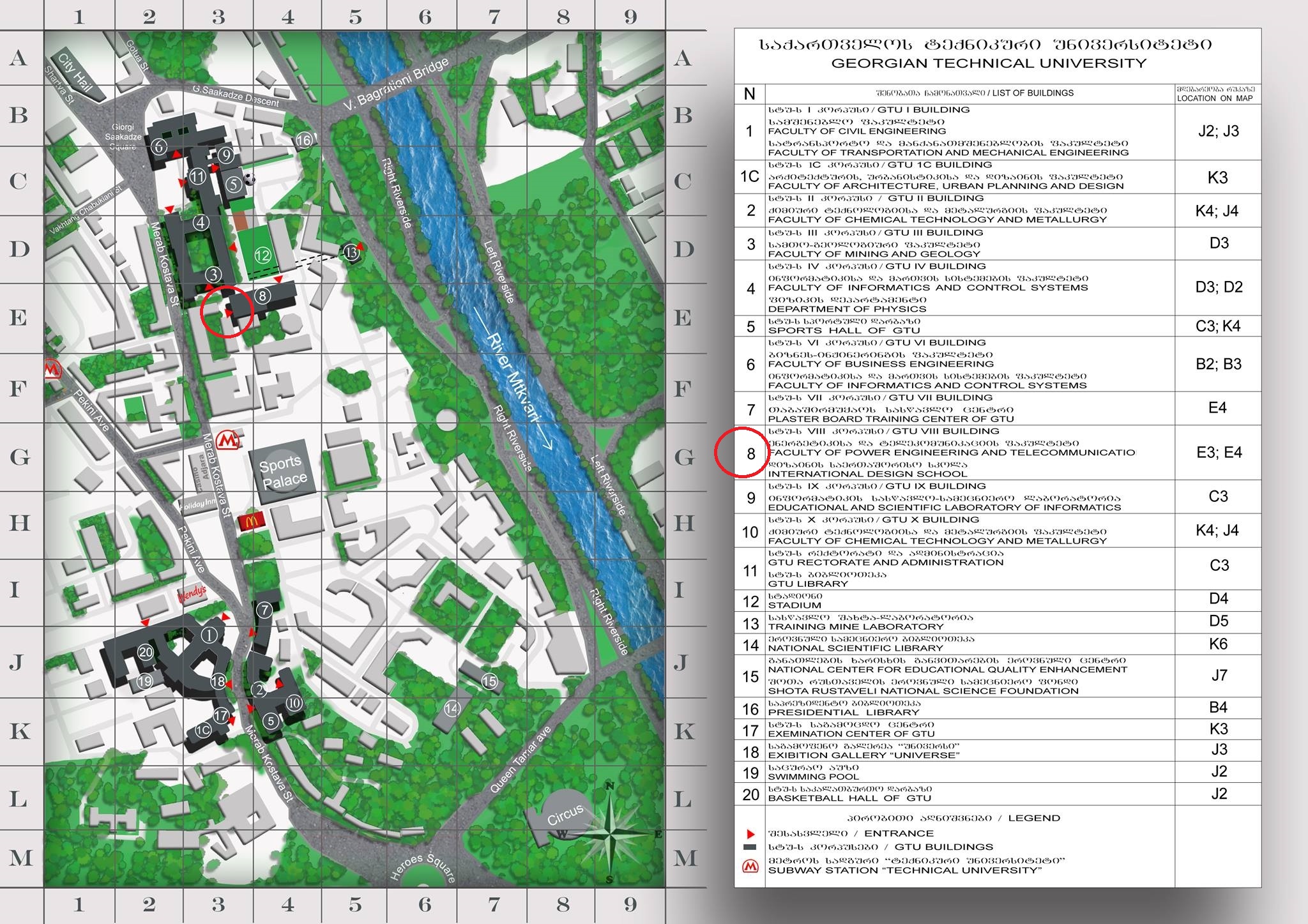