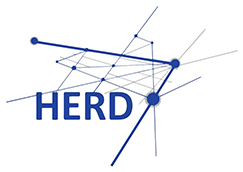 On April 7, 2022 Professor Mireille Ducassé from INSA Rennes (Rennes, France) visited Georgian Technical University. She had working meeting at GTU International Relations Department with Prof. Devi Khvedeliani, Head of the Department; Assist. Prof. Nino Zhizhilashvili and Marika  Zviadadze as well as the representatives of the Faculty of Informatics and Control Systems: Prof. Lili Petriashvili, Assistant to the Dean for Science and International Relations and Ms. Ekaterine Papava from the Dean’s Office.

More opportunities of the cooperation between the Georgian Technical University and the René Institute of Sciences were discussed at the meeting as well as the issues related to curricula and student and staff mobilities under the Erasmus+ project. The special attention was paid to the possibility of student Erasmus+ internships.

GTU students attended Mireille Ducassé’s workshop at Ivane Javakhishvili Tbillisi State University - “Formal Concept Analysis and Logical Information Systems to Sustain the Semantic Web – The Case of Georgian Verbs”. The seminar was organized in 3 parts of 2 hours. The first part was opened to all persons, in particular the ones interested in the mobility program with France, whatever their background. The last two parts were aimed at computer literate people: 1. Brief introduction to Formal Concept Analysis and LIS, followed by demonstrations of Kartu-Verbs. A presentation of INSA Rennes and the French consortium of Universities for Georgia; 2. Detailed definition of Formal Concept Analysis and Concept Lattices; 3. Detailed presentation of LIS and Kartu-Verbs.

It should be noted that Ms. Mireille Ducassé is a full Professor in Computer Science at INSA Rennes since 1993. She is in charge of programs with Georgia. She has been the director of international affairs of INSA Rennes from December 2020 to February 2021. Her research interests have been centered around data analysis in various domains: debugging, logic programming, intrusion detection, decision making, and, lately, lexicography. She has over 60 publications in highly ranked media with over 2100 citations and a h-index of 23 (Source Google Scholar). She has been awarded a gold medal by Ivane Javarishvili Tbilisi State University in February 2022.
GTU and INSA Rennes have been collaborating from 2019. Some Georgian students have already visited INSA Rennes. During Pandemic, Ms. Mireille took care of Georgian students who were isolated due to Covid's regulations.

Created in 1966, INSA Rennes (Institut National des Sciences Appliquées de Rennes) is a member of the INSA Group, the leading French network of state graduate and post graduate engineering schools, composed of 7 schools in France, 6 partner schools and 1 international INSA in Morocco. Research and innovation are the key elements of INSA, which benefits from the expertise of its 225 professors and lecturers. With six laboratories of international renown, three technological platforms and numerous industrial partners, INSA Rennes stands out for two poles of excellence: Information, Communication Science & Technologies / Materials, Structures & Mechanics. With around 2 000 students, INSA Rennes is a prestigious “Grande École”, a graduate and post graduate school. INSA Rennes delivers high level scientific training conforming to the highest official European standards: Masters of Science and Engineering (the French “diplôme d’ingénieur”): we offer a 5 five year integrated MSc.-Eng. Program, Masters of Science; Doctorates (PhD). Recognized for the excellence of their scientific training, French state “Grandes Écoles d’ingénieurs” have very selective recruitment, based on the academic performance of the students. Only the best students are accepted by INSA Rennes (1 in 7 candidates is admitted into the first year), on the basis of their academic file and of an interview. Engineer training, being both scientific and technical, favors teamwork and a high employment rate through practical sessions, industrial projects and internships in companies, in France and abroad (11 months possible over the 5 years of study). INSA Rennes offers also the opportunity to follow a Master of Science (8 Specialties) and a Doctorate in one of 6 laboratories.