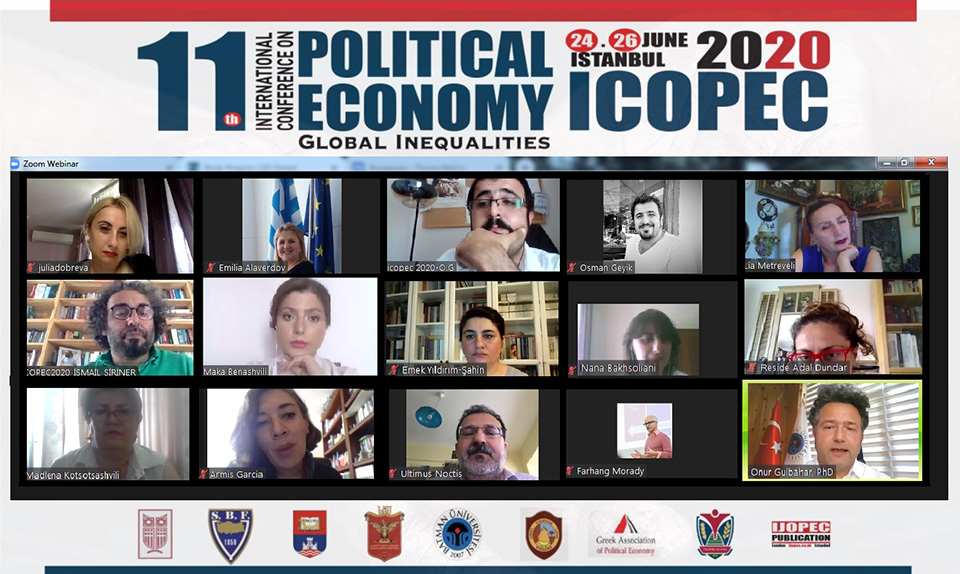 The 11th International Conference on Political Economy - ICOPEC 2020 was held at Marmara University, Istanbul. As the Public Relations Department of GTU says, the university was among the international partners and organizers of the conference.

Professor David Gurgenidze, the Rector of Georgian Technical University, addressed the conference participants as one of the international partners and organizers. In the context of the political economy, the rector focused on the global modern world challenges, highlighted such issues as the global crisis, globalization and anti-globalization, as well as the need for cooperation in the international scientific and educational spheres.

„First of all, I would like to say that I am proud that Georgia, together with the world’s other countries, is successfully combating the difficulties caused by the pandemic and does its best to overcome the crisis. When it comes to global economic relations, the question of globalization and anti-globalization comes to the fore. The notion of globalization is primarily assumed to be a steady increase in the international intertwining of industrial-economic processes, leading to the worldwide spread and standardization of the production of the goods. At the same time, globalization is marked by the development of the world. Each society, which can be described as a nation-state, often faces the problem of insecurity during various crises. But today’s existential crisis is global which simultaneously harms each state and nation. The crisis has clearly shown that people all over the world need a unified ethical order for existence, thus creating a single great unity, given its unique individuality, where all participants will maintain appropriate independence based on the principle of equality. The oddity of the current crisis is in the fact that there are neither the prospects nor the real determined plan for overcoming it. Humanity does not know when, how, or with what economic consequences this crisis will end. During a pandemic, societies demand total intervention from states to manage the situation and cope with the crisis to save the economy. We hope that states will successfully overcome this global problem in such a way that the main essence of humanity - dignity will be protected as much as possible“, - said the rector of the Georgian Technical University while addressing the participants and organizers in his video call.

According to the Public Relations Department of the GTU, the representative of Georgian Technical University was Associate Professor of the Faculty of Law and International Relations, Emilia Alaverdov, who was actively involved in the organizing committee of the 11th International Conference on Political Economy - ICOPEC 2020. It is worth saying that 9 researchers including 3 Ph.D. students from the Georgian Technical University participated in the conference. All the presented papers are published in the conference proceedings.

The greeting speech of the Rector of the Georgian Technical University, Professor David Gurgenidze at the International Conference - ICOPEC 2020